Are Womb Transplants the Fertility Future? 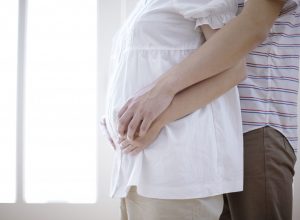 It may sound like something from a science fiction film, but more and more women are turning to a new and still preliminary option for preserving fertility—womb transplants. As in, a transplanted uterus.

Performed mostly in Europe, the procedure is making news after nine women in Sweden  received donor wombs to try to become pregnant.  In fact, a British paper reports that an embryo has been successfully implanted into a woman who was born with no uterus due to a genetic condition and others are to follow with births hopefully next year. No babies have been born to a mother with a transplanted womb to date.

A Heated and Ethical Debate

While you won’t find Dr. Hessel doing womb transplants any time soon, experts from across the medical community weigh in on the viability and ethical nature of the procedure. According to a 2008 article, Dr. Earl Stubblefield, a Jackson Mississippi based OB/GYN said:

“People having transplants usually have to take a lot of transplant medications to keep them from rejecting the organ,” Stubblefield explained. “It’s very likely that those medications may not be compatible with a safe pregnancy. Even if they were able to keep the uterus or fetus, if the objective is to have a safe pregnancy, then it would be unlikely to reach that objective. So, unless you satisfy the concerns about the use of anti-rejection medications, it doesn’t seem logical to me to transplant the uterus.”

In most cases, women are opting for a womb transplant when they have been born without one or had their uterus removed previously.  And because eggs aren’t made or stored in the uterus, but in the ovaries, eggs can be harvested and fertilized in a laboratory then implanted into the donor uterus if desired. Wombs may come from a variety of sources including family members (mother to daughter transfers are most common) or donation by a deceased donor in much the same way a lung or heart may be transplanted after an accident.

Supporters of the procedure argue that womb transplants are no different than transplanting a hand, lung or other body part but the debate is still very heated and very, very early in the battle.

What do you think?

What do you think about a womb transplant? There are a variety of approved, safe approaches to treat fertility problems for women. If you are interested in finding out more about what may be right for you, Dr. Hessel is here to help. Contact her Forrest Hills, New York office for more information or to schedule an appointment.