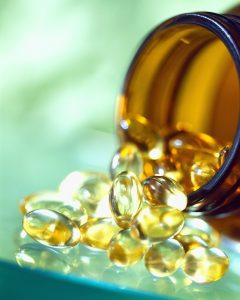 The great mystery behind autism, and what causes it remain unclear. But ask any mom-to-be if she’s interested in preventing it, and she will say yes.  While all data has it’s flaws, the information released by the Harvard School of Public Health shows a serious drop in autism rates for women who boosted their diet with healthy fats during pregnancy. Notice I said healthy fats. Not Doritos and Ho-Ho’s. (Do they still make Ho-Ho’s? I don’t think so…)

Healthy fats are foods that are high in omega-6 vitamins, also called linoleic acid. The vitamin is found in vegetable oils, nuts and seeds and could pack a healthy punch for your baby. The study showed that women who ate foods high in omega 6’s were 34% less likely to have a baby with autism compared to women who did not eat as much of them.

In a reverse move, researchers looked at women who ate low levels of omega 6’s and showed that this group was 53% more likely to have a baby with the disorder. Fatty acids like this have been shown to play a key role in the development of a baby’s brain. Researchers show that they use the nutrient most toward the end of the pregnancy and during the first two months of life. Does that mean you can put off eating that avocado until you’re 7 months along? No way. It will take time for your body to build up healthy levels of the vitamin so start early.

How much of what should I eat?

The March of Dimes recommends that expectant moms take in about 200 milligrams of omega 6’s each day. This is also called DHA–you may have seen that on your prenatal vitamin. They’ve been in a variety of prenatals for years now. One five ounce serving of salmon a week would be perfect. Yes, you can eat fish. I promise. Salmon is safe and one meal is week is perfectly safe. Remember the fish to avoid: shark, kingfish, tilefish and mackerel. Otherwise you’re good to go. Canola oil, soybean oil and olive oil are also good sources. If you are taking a prenatal with DHA, I would still encourage you to eat foods that contain the nutrients naturally. There’s just something about getting them from their natural state, and it won’t hurt you to have a bit more.

If you have questions about DHA and what to eat, come see Dr. Hessel or talk to your obstetrician today. He or she will be able to guide you about what’s safe (and reinforce the fish safety thing).