“Skipping labor” with an elective Cesarean section. Or not? 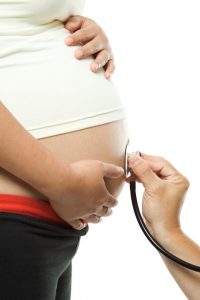 There are some women in this world who do not want to push a baby out of their vagina. There are even  more women who had a tough first delivery and don’t even want to think about doing it again the natural way—and they are all asking for an elective cesarean section.  Elective c sections have been a tender topic among medical leaders in the obstetrics and gynecology field as some support, and others oppose the idea. If you are interested in an elective section, the decision must be between you and your doctor and you must understand the risks.

An elective c section is a surgery to remove a baby through a cut in the lower abdomen instead of pushing the baby out vaginally because the mother requests it–not because there is a medical reason.  There are lots of times when a mother may need a c section to protect her health or the health of her baby, but this is not one of those times.  C-section outcomes have been studied for many years and have shown that mothers and babies have worse outcomes (like infection and bleeding for mom, and breathing problems for baby) than vaginal births.  But doctors say that they believe that information presents a bit of false information because that data was given based on women who needed the c-  section for medical reasons and they argue that their risk for a complication was already higher than women with no problems.

Risks of the elective c-section

Benefits of the elective c-section

Deciding to undergo an elective c-section isn’t just a risk and benefit issue. As a patient, you do have a right to make an informed medical decision, and your doctor will most likely respect that decision. But this is not one to be taken lightly. Your doctor must provide you with informed consent—that means that you have been made fully aware of the risks you and your baby could face and that you understand them fully. You should be given time to ask questions and have those questions answered before making a choice. Most doctors would prefer to deliver your baby naturally, but if you feel strongly about your decision and talk openly with your doctor, many will respect your wishes.

Not sure if you need an elective c-section? Dr. Hessel has committed her career to caring for mothers and babies and is here to present you with the good and bad and help you decide what’s best. Come see her and make your decision as a team.