Emergency Contraception Sold Over the Counter 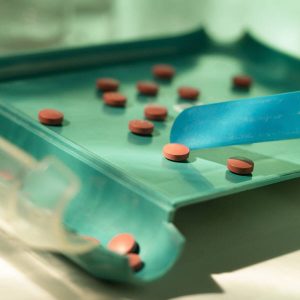 At the center of decades of women’s health debate sits emergency contraception. Also known as ECPs, Plan B, and the “morning after” pill, ECPs were released for over the counter use by women over age 17 in April of this year. Sparking a firestorm of back and forth, the U.S. government, the FDA and the judicial court system have been throwing punches for most of 2013 about how to distribute the drugs and setting age limits on who should have access to them.

Just a few months ago, the FDA raised age limits on the medications, making them available to girls of all ages. At a cost of about $50, the only brand released for women young and old is the Plan B One-Step. Other generic brands have not been approved at this time. This means that girls as young as 10 or even 11 years old can purchase the medications without an adult or other supervision. U.S. lawmakers say the potential risk to girls this young is slim because of the medication’s high cost and they believe most won’t have access to the money to purchase them. The FDA and Obama administration disagree with this train of thought and continue to voice concern over the potential risk to young girls despite raising the age limit.

ECPs are a high dose birth control pill that is designed for use after rape, condom failure or a one-time failure to use birth control at all. The pill can be taken up to three days after unprotected sex but works best within 24 hours. ECPs will not terminate an already existing pregnancy. If taken properly, the pill has been shown to reduce pregnancy by up to 89%.

Emergency contraception should never be  replacement for reliable birth control or responsible practices to prevent a sexually transmitted disease.  Experts and parents worry that increased access to the medications will further encourage risky sexual behavior among teens and increase sexually transmitted infection rates.

If you have used emergency contraception recently, it’s a good time to start reliable birth control so you don’t have to worry again. There are many options available–from pills, to shots, vaginal rings and IUDs so you don’t have to remember it every day. Don’t take risks with your health and don’t use ECPs as your regular form of birth control. Dr. Hessel can help you find a method that will work for your life and your body. Be responsible. Come see us today.