Prenatal Testing: What you need to know, part 2 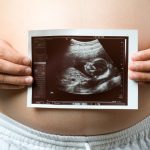 As the weeks of your pregnancy tick by, you have completed the majority of the standard prenatal tests that are designed to detect some conditions that may influence your baby’s health and the health of your pregnancy.  And as you enter your second trimester–weeks 13-27–you have the option to undergo more advanced testing.

Of course, remember that these tests are pretty much optional and will depend entirely on how your pregnancy is progressing if you will need them.  Talk to Dr. Hessel if you have questions or concerns about these tests, and she will guide you as you make your decision.

Between weeks 15 and 18, but no later than week 20, you will be offered the traditional “triple screen” test.  Similar to the “First Trimester Screen” this test is strictly blood work and does not include any type of diagnostic ultrasound.  The traditional “triple screen” detects three key components: the alpha fetoprotein (AFP or MSAFP), hCG, and estriol in the blood in an attempt to identify babies who are at risk for being born with a chromosomal abnormality like Down’s Syndrome, Trisomy-18, or neural tube defects.  This test has a high false-positive rate that has been hotly debated.  Some research estimates that it provides a false positive rate as much as 80% of the time.

If you should decide to have a triple screen test, and you do get a positive result, your doctor will probably repeat the blood work, and do an in-depth ultrasound.  After that, he or she may talk with you about an amniocentesis or chorionic villus sampling (CVS).

CVS testing is usually conducted during the first trimester, around the 10th to 12th week, where amniocentesis testing doesn’t occur until 15-20 weeks. Chorionic villi are a component of the placenta, and have been shown to have the same information contained there as the baby’s cells. The information that can be collected from CVS has been easier to collect, demonstrates consistent reliability and gives parents an accurate picture of whether or not their baby has a genetic or chromosomal disorder.  By testing earlier than with an amniocentesis, parents may have more time to decide whether or not to terminate the pregnancy.

If an amniocentesis is performed, a needle is inserted through the abdomen of the mother (guided by ultrasound to avoid hitting the baby or placenta) in an attempt to collect a sampling of the amniotic fluid for testing. Accuracy of the test is estimated to be 99.4%, and physicians can screen for Down’s Syndrome, neural tube defects (like Spina Bifida), Cystic Fibrosis, Muscular Dystrophy, Tay-Sachs, and other conditions.  An amniocentesis is not a routine test—and will only be offered to mothers with a significant medical or family history or strong risk factors for a disease.  There is a 1%-2% risk of preterm labor, placental abruption or fetal death from an amniocentesis.

I know it sounds scary.  And these tests do have their risks–but they also have their benefits for the right patients. So take some time, and consider the choice that’s right for you. We’ll see you next week with more guidance for a healthy pregnancy.