Risks and benefits of a water birth 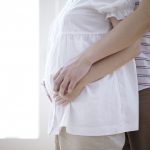 With an increasing number of medical professionals and facilities offering water births as a labor and delivery option, chances are that you have heard of this method and maybe even know someone who has delivered this way.

A water birth, simply put, is when an expectant mother uses a birthing pool or tub filled with warm water for labor and delivery of the baby.  It is touted as a relaxing birthing option that offers moms-to-be an alternative to managing pain.  Whether you are considering a water birth, or just want more information on this method which is gaining in popularity in the United States, consider the following:

Although there is much debate among professionals as to the risks of water births, critics argue that water births have potential risks that traditional deliveries do not.  Case reports of respiratory distress, electrolyte disturbances, infections, a condition in which the brain does not receive enough oxygen, ruptured umbilical cords, and seizures were listed in an article published in the Official Journal of the American Academy of Pediatrics in 2005.  However, a joint statement issued by both the Royal College of Obstetricians and Gynaecologists and the Royal College of Midwives in the United Kingdom gave support for laboring in water for healthy women with uncomplicated pregnancies.  One of the reasons for their support of water births is a lack of evidence showing that babies born in water have any higher mortality and morbidity rates than babies born out of water.

A water birth may not be ideal if:

Are you wondering if a water birth might be the right choice for you?  Schedule an appointment today with Dr. Hessel to discuss all of your questions and concerns.