Endometriosis means struggle for many women 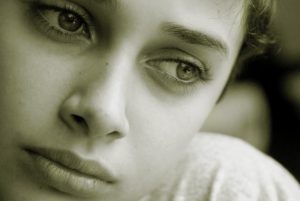 Nearly 5 million American women suffer from endometriosis.  As the third leading cause of all female-related hospitalizations and infertility, endometriosis can disrupt a woman’s daily life and negatively affect both her physical and mental health.  The most common symptoms associated with endometriosis include abdominal pain, painful menstrual cramps, heavy periods, bleeding or spotting between cycles and infertility.  Study estimates claim that 30%-40% of women diagnosed with endometriosis will struggle with conception and fertility issues.

The symptoms of this difficult condition develop after tissue like that which lines the inside of the uterus is found elsewhere in the pelvic cavity.  This hormone-sensitive tissue can be found in a variety of locations throughout the abdomen– such as the ovaries, fallopian tubes, and pelvic wall. In more advanced cases, endometriosis can be found clinging to the intestines, appendix and even on the bladder. Endometriosis affects women of all ages, cultures and races.  It does not discriminate—and it is estimated that between 2% and 10% of all menstruating women have endometriosis to some degree.

There are many theories about the cause of endometriosis including genetics, hormones, backflow of menstrual fluids and possible exposure to toxins—but no one suspicion has ever been proven.  Pain from endometriosis occurs as the deposits of tissue shed each month just as the uterus does to create a period. As the blood and tissue are released, they are trapped within the body in locations that they should not be in, and cause pain.

Medical treatment for endometriosis has typically been a combination of drugs to treat the pain, anti- inflammatory medications, some hormones and surgery to remove as much of the misplaced tissue as possible. These treatments, usually given in combination have always been relatively beneficial in relieving some symptoms, but there remains no cure at this time.

New research continues, and data now suggests that some endometriosis can be reduced by introducing more omega-3 fatty acids into a woman’s diet.  According to a study published in the journal Human Reproduction, Omega-3 fatty acids could help reduce the rates of endometriosis and women who ate more of the healthy fats were up to 20% less likely to develop the condition.  The benefits of omega-3’s as a natural anti-inflammatory has been well documented, as well as their benefit to cardiovascular health.

The Study’s results directly correlated with fatty acid consumption. Women who ate less omega-3’s and more trans fats, or those found in processed foods, had higher rates of inflammation and endometriosis when compared.

Good sources of omega-3’s can be taken in a supplement form or through increased dietary intake of fatty fish such as salmon, nuts, and flax seed oil.

Prevention of symptoms and maintenance of endometriosis is essential for women who have been diagnosed.  If you know, or suspect that you might have endometriosis see, your gynecologist  to ensure that you receive proper treatment to control symptoms and help you regain a normal life.